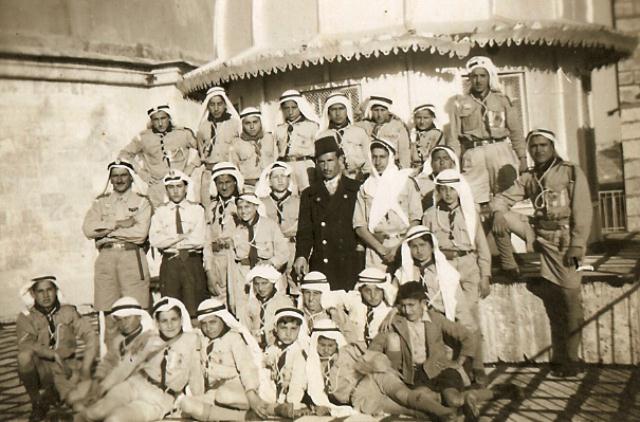 Following the establishment of the first scout group in Al-Rashidieh school in Jerusalem in 1921, a group of youth from Ramallah deemed it necessary to establish a scout group in their city due to the noble objectives and supreme principles of the scout movement in nurturing the youth. This group was established in 1927 as First Ramallah Scout Group and included among its membership Jeryies Al-Baba, Mitri Aqel, Jaser Mesleh, Adeeb Ishaq and others. In 1930 it extended its activities to include another two groups: a Scout Group and Clubs Group and since then, it has become known as First Ramallah Group.

Mr. Adeeb Ishaq, who stayed in his position until 1939, was the first instructor in Sareyyet Ramallah. Since its establishment until now, Sareyyet Ramallah is considered a pioneer for the scout movement in Palestine. This is illustrated through its long history in community work and the services it provided for its city and community.

The contributions of Sareyyet Ramallah members not only included community work and local development but also political activities and these members were always in the vanguard defending their homeland from the Zionist movement. In 1948 war, Sareyyet Ramallah and its members stood side by side with the Palestinian fighters and were effective in working with the Jihad and the civil defense groups. 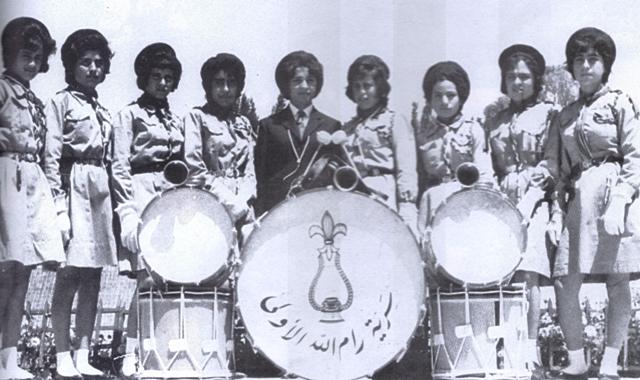 Sareyyet Ramallah suspended its works for a period of time due to the occupation of Palestine. But despite the wounds, it healed its wounds and returned to its past days with determination, firmness and fast steps, adding a fourth group for young girls in 1962 known as Sareyyet Ramallah Girls Scouts) and another in 1964 known as (Advanced Scout Group).

In 1967 and after the occupation of the West Bank and Gaza Strip, all sectors of Sareyyet Ramallah shifted to civil defense to carry out their duties under those difficult circumstances. Meanwhile, it suspended all its scout activities under occupation. As a result many of the youth groups became aimless spending their leisure time in streets and coffee shops. Sareyyet Ramallah realized this fact and reopened its doors and activities to bring the youth back to the correct path, putting in mind the heavy burden of occupation on the youth and started a new phase of continuous and unintermittent giving.

As a result of the great development and expansion that associated with similar expansion in its infrastructure and sports, art and recreational activities, in mid nineties Sareyyet Ramallah decided to replace the Scouts Council, as a highest board supervising and managing all the activities, by a board of directors. Since then it included in its membership scout members and non-scout members.

Sareyyet Ramallah witnessed a successive large number of leaders who chaired the scout councils and the board of directors and generously gave their time and effort. Without them, Sareyyet Ramallah wouldn’t have reached this level of glory in the service of its community and homeland. Following are the names of these instructors chronically arranged: